Diagnosis and community as a teenage mum 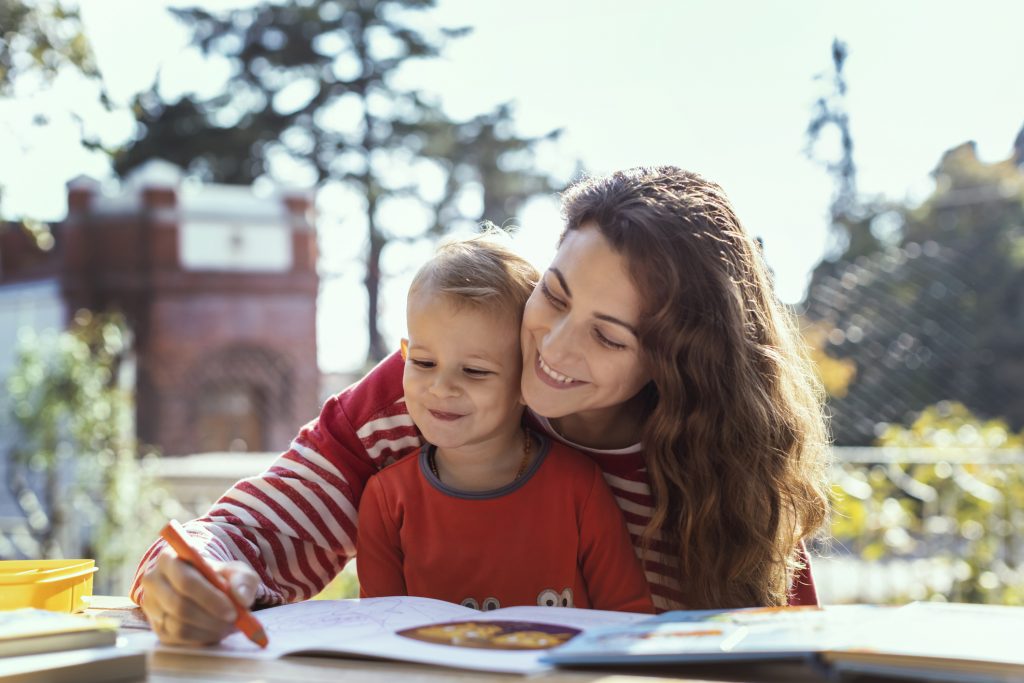 Testimonial: "If I had a question about a certain condition, needed advice on certain symptoms, or just needed someone to talk to, they were there."

Diagnosis and community as a teenage mum

When it comes to my son Charlie, I’m always preparing. No coffee table because he could bang his head. No sitting on the beanbag too long because he could get sores. No sitting on the couch too long or he might fall off. Put him in his at-home hospital bed in case of an asthma attack. Watch for signs of a seizure. Will we need to get him a hoist at some point? Will he walk?

I monitor Charlie a lot – but when you’ve gone through what my family has to get a diagnosis, that constant monitoring, questioning and research can make a world of difference.

I had Charlie when I was 18. It was a really joyful day when my partner and I became parents and became a family of three. The first six months felt great – Charlie would sleep for up to 20 hours a day! What new mum wouldn’t love that? But at the six month mark I started having concerns.

Charlie stopped weight bearing, didn’t hold or show interest in his toys, and would scream when I got him to stand up. This is where my family’s journey to diagnosis began.

I felt I was dismissed by so many healthcare professionals. My Maternal Child Health Nurse (MCHN) told me everything was fine. I went to my GP for help and got an X-ray for hip dysplasia. Because his hips were developmentally behind, Charlie was eventually given the temporary diagnosis of Global Developmental Delay.

But I’m his mum – and I still believed it was something else.

For months I was going back and forth between my GP and MCHN – and still, I felt Charlie and I weren’t taken seriously. I think people really judge you as a young mum and just assume you don’t know much, can’t be smart, or can’t work hard to get what you want.

This could have been a really isolating and difficult time for me – but luckily I had a community of people by my side.

I had joined several Facebook groups around children with disability and I started exploring posts with the Global Developmental Delay hashtag. I soon found all these other people who had kids with disability, genetic conditions and developmental delays. They were people who just got what I was going through. If I had a question about a certain condition, needed advice on certain symptoms, or just needed someone to talk to, they were there.

Empowered by talking with these groups online, doing my own research, and from just a plain old gut feeling, I believed Charlie’s disability was genetic. I pleaded my case so hard at our hospital to have him tested for a few different genetic disorders, presenting them with the criteria I had and Charlie’s symptoms.

Eventually it happened – I went in by myself and got Charlie’s diagnosis. They told me he had IQsec2 – meaning Charlie is cognitively 8-10 months old, non-verbal, has seizures, has swallowing and chewing difficulties, and that he could have scoliosis.

And wouldn’t you know, IQsec2 was one of the thousands of rare genetic disorders I had researched. Because I knew about it, I ended up telling the geneticist about what IQsec2 was!

After leaving the hospital with Charlie’s new diagnosis, I had a cry. My partner did too. Not only had I just proved everyone else’s doubts about me wrong, but my son was FINALLY given the right diagnosis so we could get him the support and help he deserves. All thanks to my persistence and the online communities I was part of.

Right now, we’re just making sure Charlie gets the care he needs. On a weekly basis he’ll see a physiotherapist, an occupational therapist and a speech pathologist. He also has a paediatrician and a neurologist. He now has a little sister too – it’s been hard knowing when she’s able to do certain things like put her shoes on because I didn’t have those same stages with Charlie.

What I’ve learned having a child with disability is that small things can be huge. I’m still always watching out for him and thinking about his future, but I love being present in the little moments too. When I take him to daycare, I put a little speaker on his wheelchair so it can play music. All the kids dance and jump around and he gets to have a party in his wheelchair.

We get so much joy watching Charlie be happy with the other kids – and I’m proud of the hard work we’ve done to get to this point.