How I prepared and transiti­­­oned my son to Prep 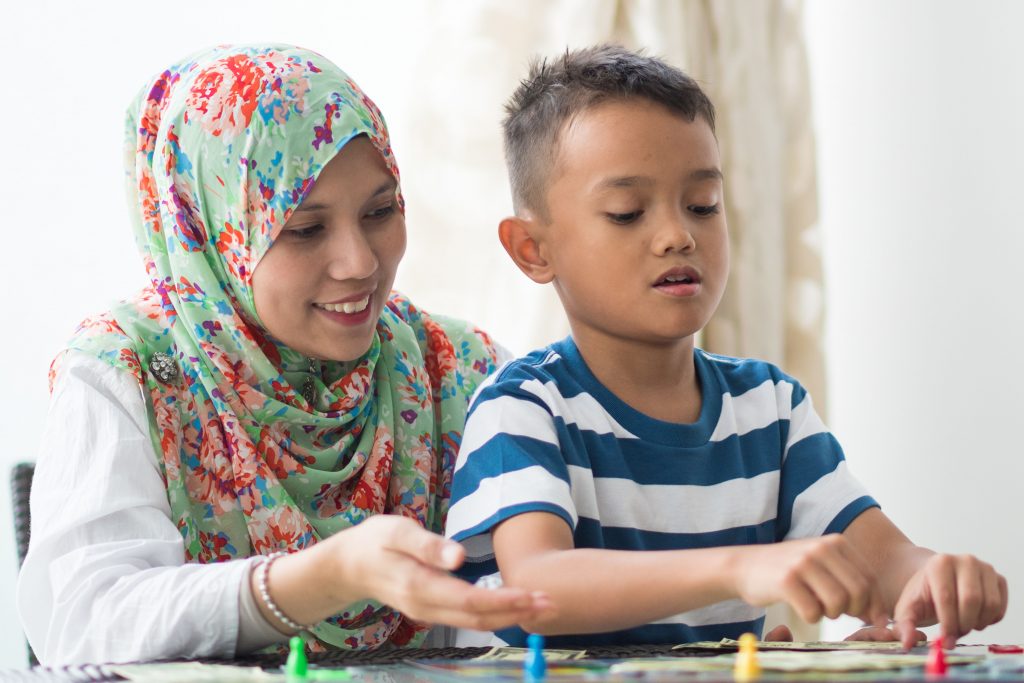 Testimonial: “I noted how positively the staff responded to him. That’s what it all came down to in the end.”

How I prepared and transiti­­­oned my son to Prep

It’s halfway through the school year and my son Yusuf is loving Prep. Although he’s non-verbal, he’s making happy grunting noises when it’s time for school. He really seems to feel safe and so full of joy.

We’ve been getting compliments like this about Yusuf from all of his therapists and teachers, who say how calm he is. I’m so relieved that Yusuf’s adjusted so well to Prep because it took a lot of searching, asking questions, and transition preparation to get to this point.

My name’s Elena and because I’ve recently been through the Prep transition process, I can look back and reflect on what helped my family find the right school for our son.

Firstly, I asked Yusuf’s therapists about what supports were available in primary school. I looked at all the local schools in my area, then contacted each of them to put his name on a waiting list. That’s when I first learned about school zones and how that prevented us going to some schools.

Once I found the ones in my zone and put him on the list, I asked about the admissions procedure and what reports they needed from me, specifically around his language and communication disability, whether he needed a language assessment or if the schools were able to do these kinds of assessments.

The next thing I did was go on school tours which gave me a chance to ask questions and figure out if a school would be right for Yusuf.

I had a long list of questions, particularly about his care needs such as toilet support and who would help him with his medications. Another important question for me was about class sizes.

I also saw Prep as a chance for me to connect with other families so I asked how involved parents were with the school and if there was an active parents’ group. Communication was key for me, so I also found out how the teachers keep in contact with the parents, especially in the transition period.

Being prepared and having questions prepared was useful in working out which schools were a good fit and which were not. But taking Yusuf on the school tours with me was what ultimately helped me choose the right school for him. I noted how positively the staff responded to him. That’s what it all came down to in the end.

But starting Prep isn’t just about searching for the right school – getting your child ready for the transition is also hugely important.

We were lucky to have a great relationship with the kinder, who provided a really detailed transition report for his new school – his support needs, his likes and how to help him feel comfortable in the classroom.

It was all in their report and forwarded to the school. This was the same with his specialists, who provided reports around his disability. I also think looking at information online helped our family too, as it helped me understand the process.

As for transitioning Yusuf himself, there were a few things we did to make it easier. Going to kinder was good because it taught him so many important skills like packing his bag for the day, sitting and listening to the teacher and sitting down at a table to have lunch.

We also used social stories about going to school. These are great documents where storytelling is used to explain new experiences with words and pictures. I think this really helped Yusuf understand what was going to be happening after kinder.

But perhaps most importantly, establishing a routine for Yusuf really helped. Well before Prep started, we made sure he went to bed early and got up early the next morning. Get up, have breakfast then play.

Setting up this simple routine well before the start of the first term meant it wasn’t such a shock for him when Prep did actually start.

As for the rest of the Prep year, my hope for Yusuf is to have him continue in his routines and be happy. I’m also looking forward to things like school concerts and holiday programs for him to join over summer break.

And now that I’ve gotten him comfortable and settled in Prep, I get to actually enjoy seeing him taking part in these activities and be a part of the school community.