A new journey for a new Australian – Maria’s story 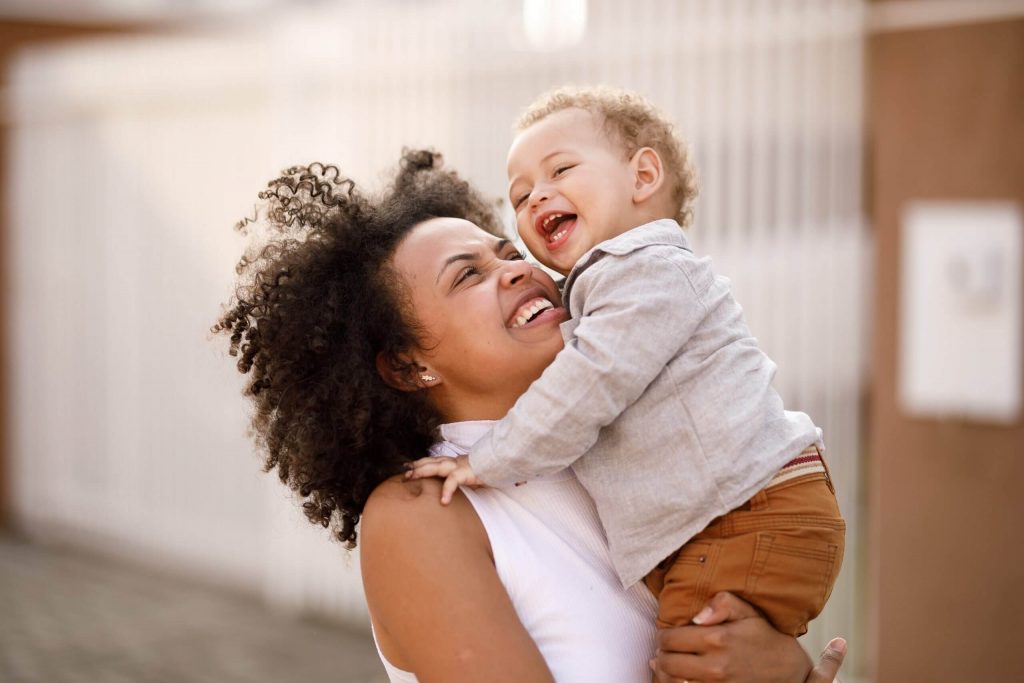 A new journey for a new Australian – Maria’s story

My son Lucas is just over two years old. He loves cars, trucks, his teddy bear, painting, and singing songs. He loves learning about the alphabet and numbers. He can’t seem to go anywhere without carrying his pillow and blanket.

Lucas is a smart little boy, and he also has a developmental delay.

I didn’t notice Lucas had a developmental delay until I took him to childcare, where his teachers and I could see how he interacted with other children and how his behaviour compared.

Straight away Lucas was very sensitive to noise and to other stimuli around him. He cried all the time and also began banging his head against walls.

His childcare teachers were wonderful and immediately flagged up their concerns about his behaviour.

This by itself was a very tough time for me. But what made it so much worse was that after only a month the childcare centre closed due to COVID.

COVID has been hard for everyone, but when you’re new to Australia and have a child with delayed development it makes things extra challenging.

Now that Lucas wasn’t interacting with other children at childcare, it was hard to know just how delayed he actually was.

Things were stressful at the start of the pandemic. In Brazil I’d been a doctor. Here in Australia I have to study all over again for my qualifications which takes a lot of time and hard work.

It was also hard for us financially at the start of the pandemic because my partner lost his job. I had no family support to take care of my son. Seeing doctors during this time was also hard, they offered so much conflicting advice! I felt very lost and alone.

But by far one of the hardest parts of being a new Australian and having a son with disability is figuring out the NDIS.

I have to deal with language barriers and a system I don’t understand. I’d never heard about the NDIS before and I was now expected to create and write up a plan for Lucas.

I had a lot of issues. The wait times to speak with someone were very long and even when I could reach someone, questions I had around NDIS plans couldn’t be clarified for me. Phone calls were especially hard for me to understand.

Due to lockdown I couldn’t meet anyone in person which would’ve helped me to better understand what was being told to me. The information on the internet was also just so overwhelming, particularly as English isn’t my first language.

Luckily, I heard about ACD through a parent at my son’s childcare group. Just one day before my son’s pre-planning meeting, I decided to ring the Support Line.

They were really helpful. The woman I spoke to told me about things such as how to write a Carer Statement, support for carers and the types of goals Lucas may need in order to improve his functional capacity. She also directed me to useful information on the ACD website.

She also told me about the sorts of things my funding could help me with, such as sedations for Lucas at the dentist and therapies that are available. They were also careful not to overwhelm me with too much information.

Because of the help I got, we received funding for Lucas’ therapy. I now have much more confidence and knowledge about the system and know the questions to ask and the information I need.

Speaking to someone who knows the system well can save you a lot of time, and if you’re feeling overwhelmed they can help you to be more informed and confident about asking for what you need from the NDIS.

The one thing I would encourage other parents to do is join a support group or a playgroup in their community.

You can learn things like what services are available and it helps you feel less alone and more connected to other parents going through similar things. Having been in Australia for only three years, this support network is very important to me.

Currently we’re waiting for an assessment for Lucas which will happen in about two months. He’s also now on the waiting list for speech therapy and behaviour therapy. As a mum, I’m very excited about what these therapies may bring.

When I first took Lucas to childcare, knowing the difficulties he was having, I felt like the worst mother in the world. Now after everything we’ve been through I feel much more at peace.

And as for me, I feel proud that I’m studying to become a doctor right here in Australia, all while raising my family during COVID.